This entry originally appeared on my disability blog, I hate stairs.

Last month, I discovered a new sport for people with disabilities. I have never really been involved in sports, other than some teeball when I was younger, and some occasional backyard football. I’ve been practicing this summer with a startup team in Jackson playing power soccer.

Power soccer is a unique sport in that it, unlike many other wheelchair sports, requires using a power chair to play. It doesn’t require upper body strength like wheelchair basketball and similar sports do. It does require the player to adequately control his wheelchair. However, players do not necessarily need to own and regularly use a power chair. If the team has an extra power chair, anyone with a disability can play, whether he normally uses a power chair or not. As long as he can control it.

You might be wondering how power soccer differs from standard soccer. I won’t get into all the specifics, but I will discuss some of the basics briefly. If you want, download the full Laws of the Game. I will be using some of the images from it.

The game is played on a standard basketball court. That works well because it’s indoors (concrete and tarmac are to be avoided), keeping players out of the elements. Here is a diagram showing the playing field.

Teams consist of four players each, excluding players “on the bench.” Although the main requirment is a power wheelchair, some other equipment is needed as well. 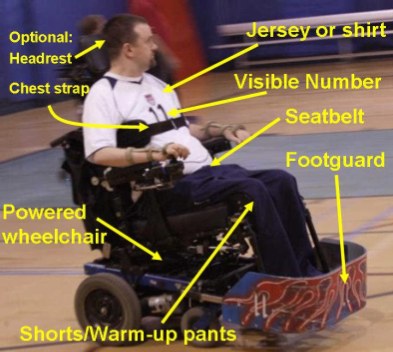 The footguard (shown above) is the single most important piece of additional equipment. Handling the ball is not an easy task. Like any sport, practice is essential for a team. There are some strict rules in place, so players have to know where to be, what to do, and when and how to do it. For instance, the 2-on-1 Rule. 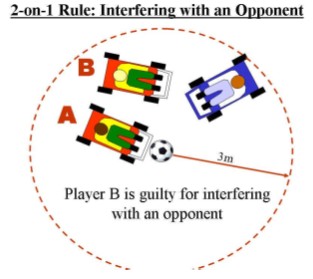 In the image above, player A is handling the ball. Only one player from each team can be playing the ball at one time. This rule is enforced by a three-meter halo. Since player B is helping player A by blocking off the opponent while inside the halo, he is gaining an illegal advantage. It takes some quick thinking and good awareness to avoid these situations. Power soccer is a fast-paced game. Many times, the ball (and sometimes wheelchairs!) go flying out of bounds. The out-of-bounds rule is worth mentioning here. 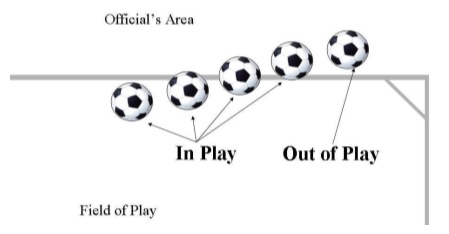 As shown in the above image, the entire ball (from a top view) must be over the out-of-bounds line. Until it crosses that line, players can leave the playing field and position themselves to keep the ball in bounds.

Well, that’s the basics. If you want to learn more about power soccer, visit the US Power Soccer Web site and also check out this video from the Power Soccer World Cup. Also, feel free to contact me if you are interested in joining the Jackson Jammers. There is also a team in Hattisburg, MS and there may be a team starting in Starkville, MS as well. So if you are interested, let me know and I will put you in touch with someone who can make it happen.

And finally, a photo of the team—minus some new players who recently joined (click for larger image). 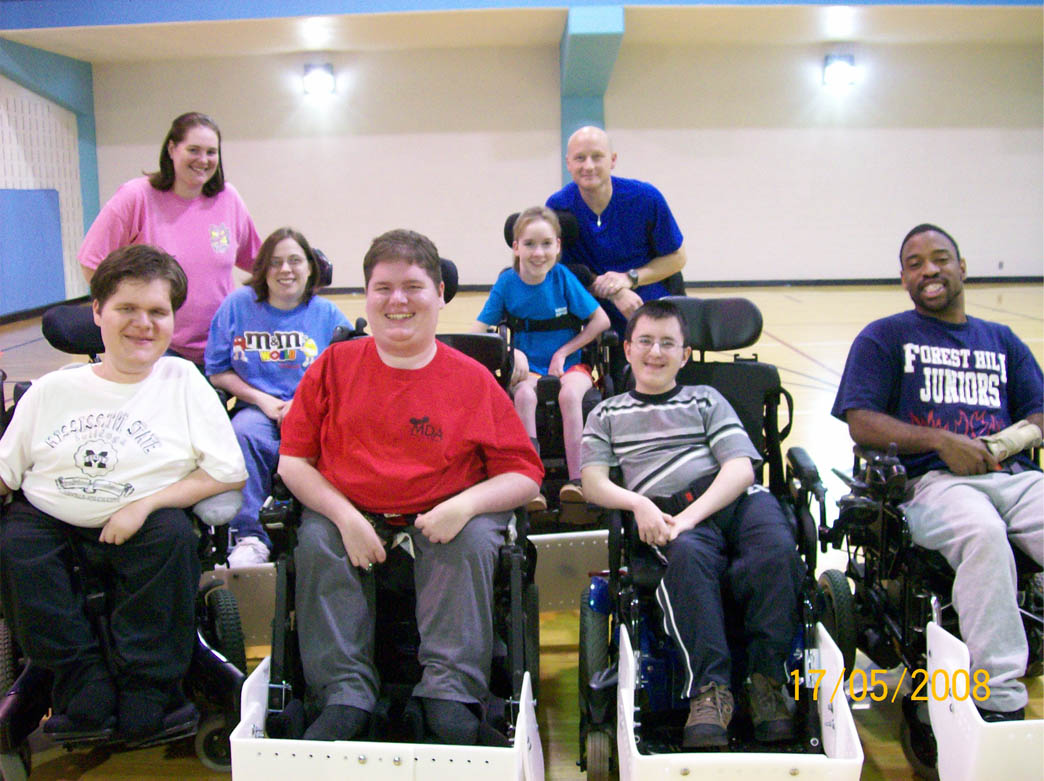 The views expressed here are mine and no one else’s.